Take away the Stone 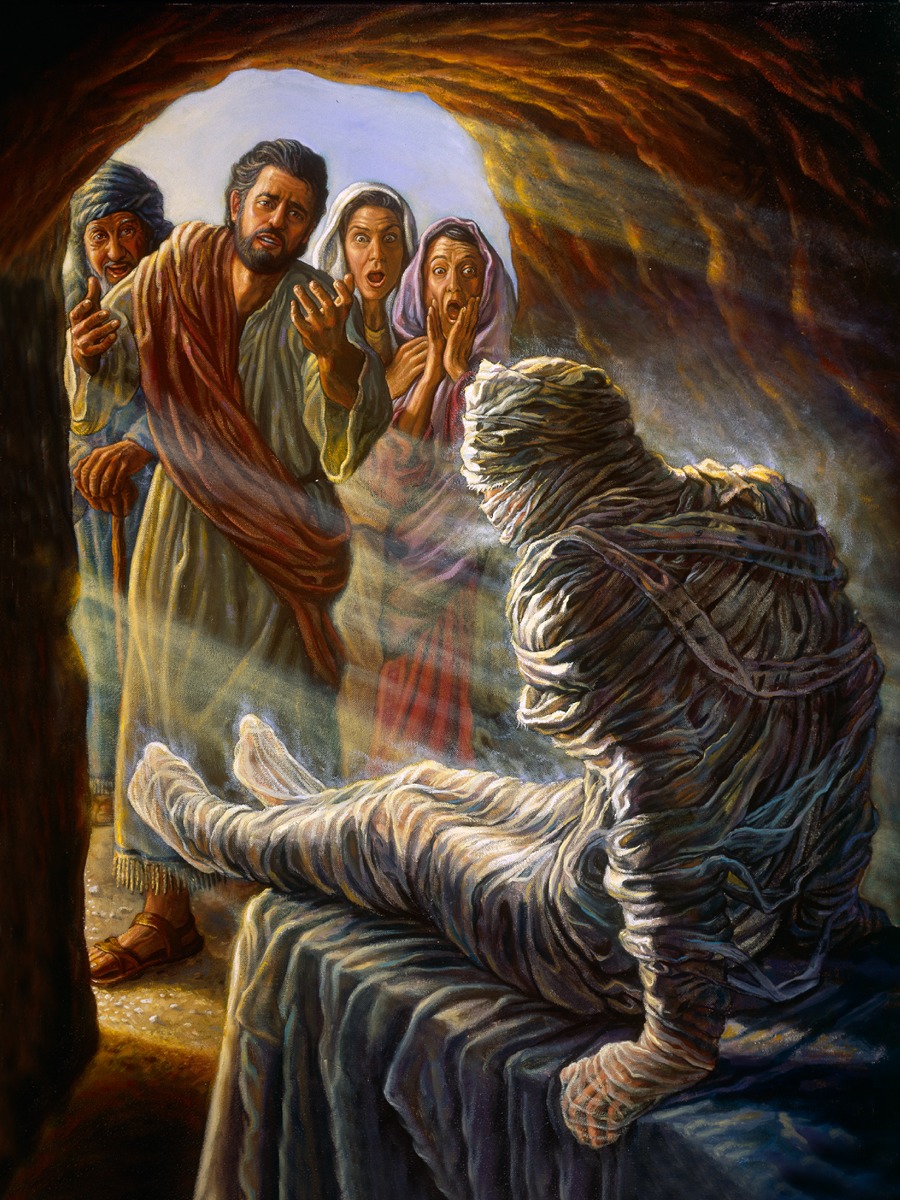 Lazarus Raised from the Dead

38 Then Jesus, again groaning in Himself, came to the tomb. It was a cave, and a stone lay against it. 39 Jesus said, “Take away the stone.”

Martha, the sister of him who was dead, said to Him, “Lord, by this time there is a stench, for he has been dead four days.”

40 Jesus said to her, “Did I not say to you that if you would believe you would see the glory of God?” 41 Then they took away the stone [a]from the place where the dead man was lying. And Jesus lifted up His eyes and said, “Father, I thank You that You have heard Me. 42 And I know that You always hear Me, but because of the people who are standing by I said this, that they may believe that You sent Me.” 43 Now when He had said these things, He cried with a loud voice, “Lazarus, come forth!” 44 And he who had died came out bound hand and foot with grave clothes, and his face was wrapped with a cloth. Jesus said to them, “Loose him, and let him go.”