The Bigger they come the harder they fall 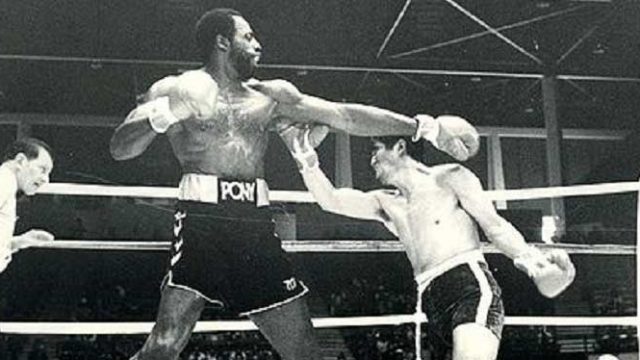 9 And it came to pass when all the kings who were on this side of the Jordan, in the hills and in the lowland and in all the coasts of the Great Sea toward Lebanon—the Hittite, the Amorite, the Canaanite, the Perizzite, the Hivite, and the Jebusite—heard about it, 2 that they gathered together to fight with Joshua and Israel with one accord.

10 Now it came to pass when Adoni-Zedek king of Jerusalem heard how Joshua had taken Ai and had utterly destroyed it—as he had done to Jericho and its king, so he had done to Ai and its king—and how the inhabitants of Gibeon had made peace with Israel and were among them, 2 that they feared greatly, because Gibeon was a great city, like one of the royal cities, and because it was greater than Ai, and all its men were mighty. 3 Therefore Adoni-Zedek king of Jerusalem sent to Hoham king of Hebron, Piram king of Jarmuth, Japhia king of Lachish, and Debir king of Eglon, saying, 4 “Come up to me and help me, that we may attack Gibeon, for it has made peace with Joshua and with the children of Israel.” 5 Therefore the five kings of the Amorites, the king of Jerusalem, the king of Hebron, the king of Jarmuth, the king of Lachish, and the king of Eglon, gathered together and went up, they and all their armies, and camped before Gibeon and made war against it.

6 And the men of Gibeon sent to Joshua at the camp at Gilgal, saying, “Do not forsake your servants; come up to us quickly, save us and help us, for all the kings of the Amorites who dwell in the mountains have gathered together against us.”

7 So Joshua ascended from Gilgal, he and all the people of war with him, and all the mighty men of valor. 8 And the Lord said to Joshua, “Do not fear them, for I have delivered them into your hand; not a man of them shall stand before you.” 9 Joshua therefore came upon them suddenly, having marched all night from Gilgal. 10 So the Lord routed them before Israel, killed them with a great slaughter at Gibeon, chased them along the road that goes to Beth Horon, and struck them down as far as Azekah and Makkedah. 11 And it happened, as they fled before Israel and were on the descent of Beth Horon, that the Lord cast down large hailstones from heaven on them as far as Azekah, and they died. There were more who died from the hailstones than the children of Israel killed with the sword.

12 Then Joshua spoke to the Lord in the day when the Lord delivered up the Amorites before the children of Israel, and he said in the sight of Israel:

“Sun, stand still over Gibeon;
And Moon, in the Valley of Aijalon.”
13 So the sun stood still,
And the moon stopped,
Till the people had revenge
Upon their enemies.

Is this not written in the Book of Jasher? So the sun stood still in the midst of heaven, and did not hasten to go down for about a whole day. 14 And there has been no day like that, before it or after it, that the Lord heeded the voice of a man; for the Lord fought for Israel.